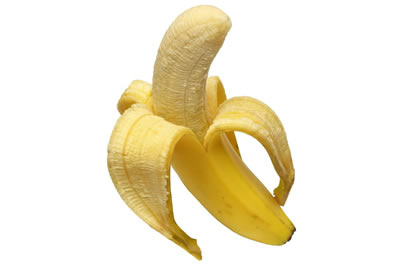 We all had our "first job". It was either a nightmare, a tremendous success… or somewhere in between. It may have had nothing to do with career aspirations, or it could have been perfectly aligned with where you saw your future going. No matter how it turned out, it became the start of your lifetime of work experience.

It was likely your first taste of having a boss, co-workers, needing to be on time, in proper dress code, being responsible, and even earning a paycheck….and then you probably asked your first question about… taxes!

You may have been pushed by your parents… or maybe you had to convince them. In any case, after that first "punch of the clock", there was no turning back from the working world!

For me, my first job was peeling bananas. Chocolate Dipped Frozen Bananas have been sold at the Santa Cruz Beach Boardwalk since the 1930's. Tens of thousands are sold each and every year. And guess what... someone has to peel all those bananas!

I know... you're thinking anyone can peel bananas. Well that might be true... but peeling bananas at a level that exceeds expectations... that's not easy to do. Like most things in life, you can just get by… or you can strive for constant improvement.

Following are lifetime lessons I learned from my first job; 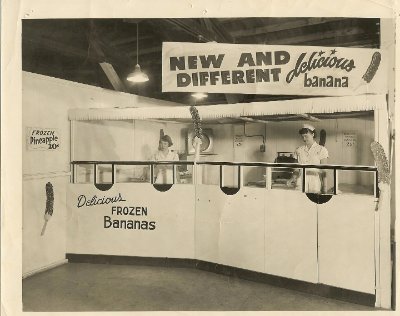 Goal Setting: I had 30 cases of bananas to peel with 100-120 bananas per case. My instructions weren't "go peel those bananas and let me know when you are done". Quite the opposite. They were "get those bananas peeled in 3 hours. You can do 10 cases per hour... and that includes clean up." I had to stay on task. Breaking it down into 15 minute intervals, and tracking my progress. At my best I could get all those done in about 2.5 hours. It's there I learned that "what gets measured will improve".

Details Matter: If you think that peeling bananas is simply peeling, putting them on a stick, and then placing them in the freezer... you'd be wrong. While the size of the bananas was usually consistent (100 -120 per case), some banana pickers in South America just didn't pay attention to that standard. We would have bananas that were too short... and then ones that were far too long. When they were all laid out on a tray, I had to cut down the long ones, and remove the small ones. Maintaining consistent standards matters! And if you think this is no big deal... try selling two chocolate dipped bananas to the same customer that are inches different in length. Not a pretty picture.

Flexibility: Think about this. You buy a bunch of bananas at the grocery store, and then sit them on your kitchen counter for a couple of days. They can get brown, mushy, and unappetizing... right? You can either make banana bread or throw them out. That wasn't an option for me. Now think about having 3,000 of those mushy brown bananas... and you were scheduled to peel them tomorrow... not today. I had to change plans... Make adjustments... Reset priorities. Those bananas had to be peeled today... no matter what the schedule said!

Professional Development: Before I began work, I had to get a Food Handlers Card. I rode my bike to the County office building, applied for Card, took a test and received my Food Handlers Card. I had to learn about the safe handling of food. I wasn't just a banana peeler… I was a Certified banana peeler. A proud one at that! That was the beginning of countless courses, classes and certifications... on topics other than banana peeling. The habit of being a lifetime learner started there.

Work Ethic: I didn't know what this meant back then, but what I experienced was that my first job, was the beginning of a solid foundation of knowing how to get a job done. It was the first time I had to show up on time, be accountable, not make the same mistake twice, and to work and get along with people that may have been much older (and maybe different) than me. I had to be responsible, and understand the purpose of my job and how it fit in to the bigger picture. I can assure you, all the lessons learned then, have been necessary for success, in any future role I have had.

Show me the Money: And not only did I get to peel bananas… I got paid for it! 85 cents per hour, and I had more money in my pocket then than I have today. Since most of my friends didn't work... and I had money... I had a lot of friends! I definitely had a good time wasting every penny I earned. Money management came later. I learned real quick, that if I wanted some money in my pocket… I better show up for work!

Then I finally got a promotion, and began working in the stores that sold the famous Chocolate Dipped Bananas. And while I freshly dipped, those perfectly peeled and sized frozen bananas, and handed them to smiling customers, I appreciated the benefit of having pride in a job well done.

I really believe in the value of a young person having at least a part time job, as a part of their development. The combination of real world workplace experience, along with formal education, will set them up for success, in so many ways.

Like many of you, today I am an employer of many young people who start their working journey with our company. That has provided me the additional opportunity of working with other employers, and providing them with a roadmap of how to engage their young new hires. Time and time again, I have witnessed that those teens and young adults, that embrace whatever job they have, with a positive attitude and a willingness to learn, seem to excel at work and in life.

I'd look forward to hearing your stories of being an employer/manager and your influence on these entry level team members.

Better yet… what value did you gain from your first job? What are you still doing today that you learned then?

Ken Whiting is an amusement park and attractions food and beverage operator, and industry consultant for improvements in F&B, retail and workforce productivity. Reach out with any questions or comments you may have at: